James Joyce’s masterpiece Ulysses, which opens on the roof of the Martello Tower in Sandycove, is one of the most influential, inspiring, intriguing and infamous novels in literary history.

Joyce aficionado Stephen Fry explains in this short clip from Why I Love This Book why Ulysses is his favourite book of all time.

James Joyce published his most celebrated work on his 40th birthday on February 2, 1922. Even though the book is entirely set in Dublin, Joyce wrote Ulysses between the years 1914 and 1921 in the European cities of Paris, Zurich and Trieste.

Ulysses was first published in Paris by Sylvia Beach of Shakespeare and Company. Before publication, the book was partly serialized in the American journal The Little Review from 1918. You can view an extremely rare first edition of Ulysses in the Tower.

Ulysses forensically documents a day in the life of Leopold Bloom on June 16th, 1904 which is the day Joyce first went on a date with the love of his life, Nora Barnacle from Galway.

It opens on the roof of the James Joyce Tower and Museum with the immortal line: “Stately, plump Buck Mulligan came from the stairhead, bearing a bowl of lather on which a mirror and a razor lay crossed.”

Every year on Bloomsday, June 16th, Joycean and literary enthusiasts from all over the world gather from 8am to read from Joyce’s beloved work, making the Joyce Tower and Musuem the most iconic building in world literature.

Ulysses wasn’t always so universally loved and revered, as it was banned in the United States for over a decade, and in the United Kingdom until the 1930s. The Sunday Express called Ulysses “the most infamously obscene book in ancient or modern literature.” 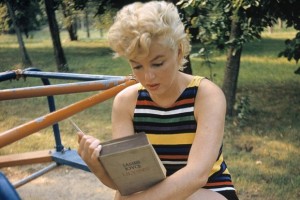 Contrary to popular belief, it was never ‘officially’ banned in Ireland, but it was never actually put on sale, as copies of the book seemingly didn’t make it through customs. The Dublin Review claimed it was a sin against the Holy Ghost to even read Ulysses, which was the only sin said to be beyond God’s mercy.

Virginia Woolf dismissed Ulysses as the work of “a queasy undergraduate scratching his pimples”, but it is unquestionably both the definitive novel of the modernist era and one of the finest works of art of the 20th century.

T.S. Eliot wrote: “Ulysses gives a shape and significance to the immense panorama of futility and anarchy which is contemporary history. A book from which none of us can escape and to which all of us are in debt.”

Ulysses is noted for its stream-of-consciousness style, where Joyce conveys his characters’ thoughts, regardless of how fragmented they may be.

At the James Joyce Tower and Museum, you can quite literally follow in the very footsteps of the characters who feature in the opening of this timeless novel.