It occurs to me that the start of a Zoom meeting is a bit like the beginning of an orchestral performance.

Firstly, there is the tuning of various instruments. This equates, in Zoom, to the various greetings and welcomes to the session and the small-talk of the participants before the session properly begins. 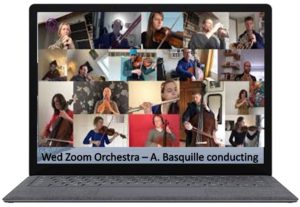 Last Wednesday, the pre-meeting chatter consisted, in the main, of the (first world?) challenges posed by the Covid-19 pandemic to our summer travel plans.

Cancelled trips to France, Italy and to the USA were mentioned and views on the relative merits of airline refunds or vouchers were expressed. This was, it was also noted, the very week when the Wednesday Reading Group trip to St-Germain-des-Prés should have happened. That was, of course, before our lives were locked down and we were confined to quarters.

Chit chats over, the conductor (Andrew) raised his baton (i.e. we were muted) and the performance began…

… And what a performance it was!

Mary MaKenna treated us to a wonderful and well researched presentation (yes, there were slides!) on the life of Joseph Campbell his wife Jean Erdman with a special focus their connection with our favourite author, James Joyce. 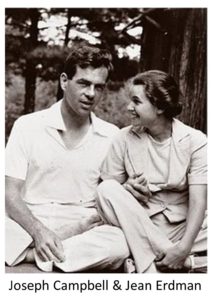 Mary’s prowess at Zoom technology was eclipsed only by the quality of her delivery as she walked us through her subject matter.

We learned that Campbell was born in 1904 (an auspicious year for Joyceans) and that he developed an early and enduring interest in Native American cultures and mythologies having attended a ‘Buffalo Bill Wild West Show’ with his dad at the age of seven.

Mary told us that Campbell was an excellent student (earning a BA in Columbia University), a sportsman and a Jazz musician (more Gogarty than Joyce perhaps?). He went on to achieve a Masters in Arthurian studies – again from Columbia University.

A key episode in his life was when he received a Proudfit Traveling Fellowship to continue his studies at the University of Paris (1927–28). It was while in Paris that Campbell encountered the works of James Joyce. Indeed, it was with the guidance of Sylvia Beach (with whom he met there) that he began his years of scholarship of Joyce’s work. Joyce would become a huge influence on Campbell who once said he bought ‘Ulysses’ in 1927 and ‘never stopped reading it since’.

Many of Campbell’s works would be inspired by Joyce and one of his early publications was a jointly authored interpretation of ‘Finnegans Wake’, ‘The Skeleton Key to Finnegans Wake’ in 1944.

In 1934, Campbell became a professor at Sara Lawrence College where he taught for 38 years. He became a prolific writer, collaborator and contributor to literary publications and he had a particular passion for mythological themes in fiction and, indeed, in reality.

Mary described themes explored by Campbell in his own books and in his analysis of other writers.

It was at Sara Lawrence College that he met Jean Erdman whom he would later marry. They lived their lives mostly in Greenwich Village, New York but later they also acquired a home in Honolulu.

Erdman was an experimental dancer of note. She, like her husband, was heavily influenced by Joyce and developed a work inspired by ‘Finnegans Wake’ entitled ‘The Coach with the six insides’. This work of dance and theatre toured extensively in the sixties and even made its way to the Eblana Theatre, Dublin for a much lauded 1963 performance. It was revived, again, in 1979.

She also described Campbell’s immersion in and promotion of myths and artistry. She went on to talk about Campbell’s prowess as an orator and, in his later years, as an interviewee in a series of six interviews (‘The Power of Myth’) aired after his death in 1987.

Mary brought the whole saga up to date when she described how George Lucas (the creator of Star Wars), like many other filmmakers, found much inspiration in Campbell’s ‘The Hero’s Journey’ and in his other works. 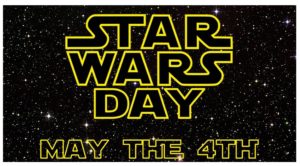 In a twist of irony, Mary added that Jean Erdman died only this year – on May 4th!!

Here’s a link to the Joseph Campbell Foundation mentioned by Mary in her talk:  https://www.jcf.org/

After Mary’s superb dissertation, there was a limited time for questions and observations from the Wednesday Zoomers.

Andrew showed us a poster for a New York performance of ‘The Coach with the six insides’. 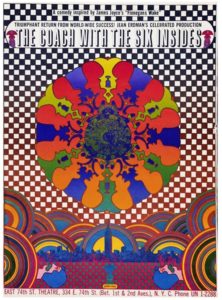 Conor O’Toole wondered if Lucia Joyce had had any association with Erdman. Although she hadn’t, Kieran Mc Bride was able to tell us that both Erdman and Campbell were noted in a biography of Lucia.

Kieran went on to list modern writings based on mythological themes from the likes of: Tolkien, JK Rowling etc. He also recommended Stephen Fry’s retelling of Greek myths in his two books on the subject.

Roland Evans urged us to heed the words of Campbell when he advised,’ “You must give up the life you planned in order to have the life that is waiting for you.”

Thank you so much, Mary MacKenna, for a really thought provoking and informative session. It was much appreciated.

You played a virtuoso performance.

Thanks Andrew for conducting the orchestra and for keeping us all in tune.

Until the next Zoomer, stay safe.