The Friends of Joyce Tower Society (FJT), in collaboration with DLR Lexicon, is delighted to offer you a unique opportunity to see three rarely screened films on the life and work of James Joyce as part of its Virtual Bloomsday celebrations. The films are: ‘The Scandal of Ulysses’, ‘Images of Joyce’ & ‘The Trials of Ulysses’.

All three films were produced by Bruce Arnold in the 1990s, They explore the stories and controversies surrounding Joyce and his most famous work, ‘Ulysses’.

These films, which have not been available to the public for many years, can be viewed by following this link to the Lexicon website:

or by going directly to:

Here are the screening times:

June 15th (and on view throughout Bloomsday)

The films will be preceded by an interview with Bruce Arnold carried out by the Chairman of the Friends of Joyce Tower Society, Séamus Cannon. 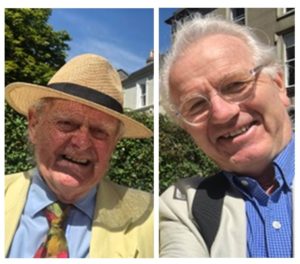 This is a unique opportunity to view these works. The FJT and the Lexicon are deeply grateful to Bruce Arnold for donating his films to the James Joyce Tower & Museum and for his cooperation in their screening for Bloomsday 2020.

All films are produced, scripted and narrated by Bruce Arnold & directed by Ian Graham.

Here’s a preview of what to expect in each film:

‘The Scandal of Ulysses’ is a filmed account of the controversy in the 1980s and 1990s over the so-called ‘Corrected Text’ of ‘Ulysses’. 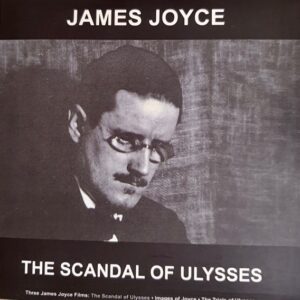 Serious attempts were made by the James Joyce Estate from the early 1980s to secure what was thought might become ‘a definitive text’.

‘The Scandal of Ulysses’ tells the story of that controversial and, in the end, defeated objective. Had it succeeded, the copyright of ‘Ulysses’ would have been extended well into the twenty-first century. The story was complicated by the fact that James Joyce’s original copyright in the work, which passed to his heirs, came out of copyright fifty years after his death but was then covered by an extension under EU law. Copyright in Joyce’s works ended on 1st January 2012 and his books were released into the public domain.

‘The Scandal of Ulysses’ tells the story of the dispute in which the trustees, family and scholars who supported the work of Hans Walter Gabler (editor of a version of ‘Ulysses’, ‘Ulysses – The Corrected Text’), were confronted by Gabler’s critics and many other scholars. The film gives an account of a conference in Monaco where the copyright issue was debated and it includes interviews with major figures in Joyce Scholarship including Hans Walter Gabler, John Kidd, Michael Groder and the late Hugh Kenner.

Is Ulysses for the academics or for the ordinary reader? The film ‘Images of Joyce’ includes an aggressive encounter between the writer’s grandson, Stephen Joyce, and Brenda Maddox, author of ‘Nora’. 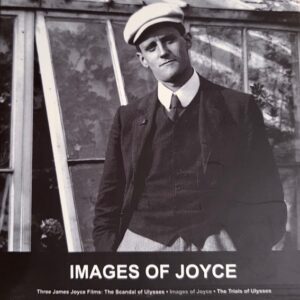 Every couple of years, Joyce scholars gather to debate the latest in Joyce studies. They have been doing it since the mid-1960s. In 1990 they met in the Principality of Monaco where the Princess Grace Irish Library has for some time been a focus for serious study in a Jewel-like setting on the Mediterranean more used to gambling with hard cash than to the works of a master writer. Under the patronage  of the Grimaldi Family, the location has become a modest centre of Irish literary and artistic studies.

‘Images of Joyce’ is a film about the lighter side of Irish academic pursuits. It shows an encounter between the writer’s grandson, Stephen Joyce, determined to protect the privacy of the family, and Brenda Maddox, author of ‘Nora’, the biography of Joyce’s wife. Nora was a source of indiscretions and unusual opinions about her husband’s book, ‘Ulysses’, which she never read. She was the model for Molly Bloom, one of the book’s main characters, whose outspoken sexuality is central to the development of his genius as a writer. The film contains interviews with writers and scholars and shows something of the unusual conjunction of Riviera glamour and arcane literary debate.

The story of James Joyce’s epic masterpiece, ‘Ulysses’, throughout the twentieth century. It was made for the centenary of Bloomsday, the day in 1904 which the novel celebrates. 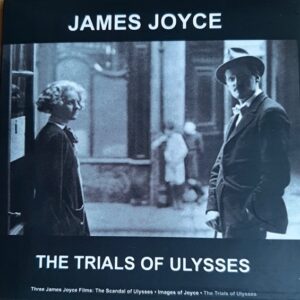 ‘Ulysses’ is James Joyce’s most famous creation and the most renowned work of fiction of the twentieth century. ‘The Trials of Ulysses’ (shot in Dublin, Trieste, Zurich, New York and Philadelphia) is a history and a biography of the writer and the creation of his masterpiece, including its copyright vicissitudes.

The film recounts the book’s early battles against charges of obscenity with its banning in Britain and the United States. It portrays Joyce’s own trials as a writer, his long struggle with his magnum opus and his persistence in trying to have it made accessible to a mass audience.

The film succinctly retells the epic story that ‘Ulysses’, the novel, made across parts of the world. Like the eponymous hero of ancient times (taken by Joyce as his model) the story is eccentric, bizarre, moving and heroic. The film traces the gestation and birth of this classic work and its slow growth to maturity. The film also captures aspects of Joyce’s own life, his feelings about his writing and his struggle with a cherished masterpiece.

For a complete viewing of all our Virtual Bloomsday activities, please click on the image below: